Mattias and Robert won the 24 hours mountain rogaining by taking 25 of the 33 checkpoints, meaning 50 points (each check point is worth different points depending on location and altitude). The race started 2 pm on Friday and the maximum time was 24 hours. Mattias and Robert’s plan was to take 29 checkpoints and finish 12:54 the day after. We ran according to the planned schedule for the first 7 checkpoints. After that we reached steep downhills which took much longer than estimated. 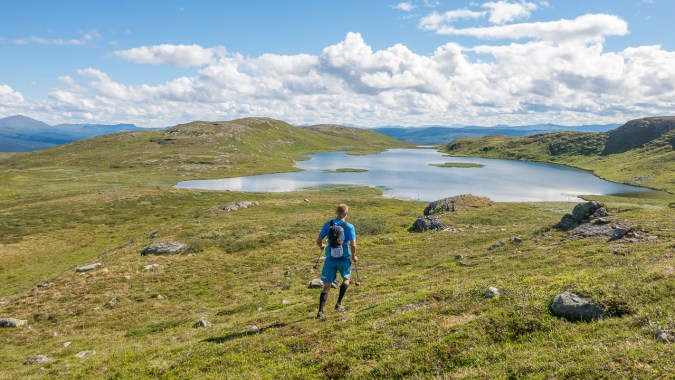 On our way to the second checkpoint located 900 m a.s.l. Photo: Mattias Nyström

The weather was clear and sunny which made the navigation rather easy. At this time of the year in Hemavan, the sun goes down only for three hours. During these three hours there is still light, so the head lamp is only needed to read the map. 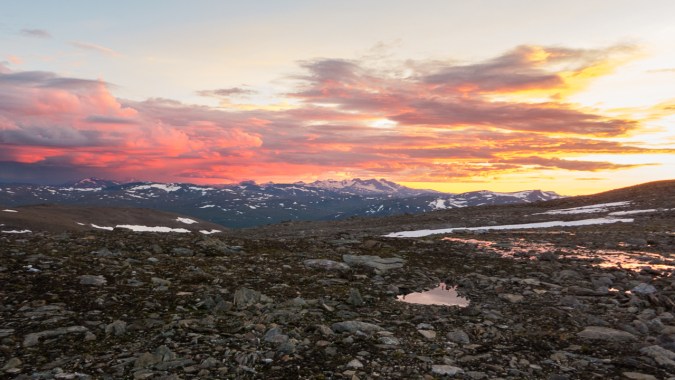 Sunset with Norwegian mountains in the backgorund. Photo: Mattias Nyström.

After the taking the checkpoint on the northern Syter mountain, we decided to revise our planned route. We reached the night camp 6:30 am and here they served hot blue berry soup and Bullens hot dogs. Yummy! It was great to eat something hot after 16 hours of cold drinks and food. On our way to the tent camp. Photo: Hemavan 24 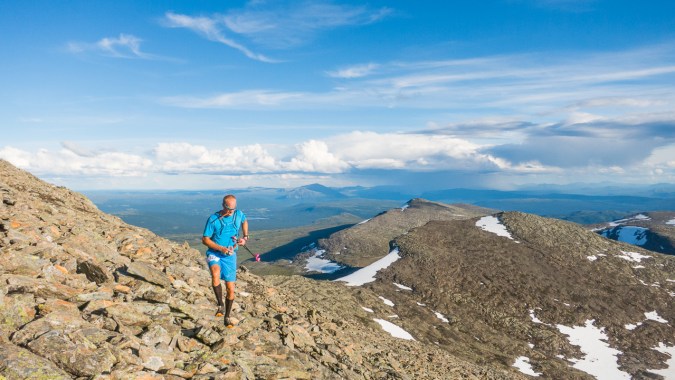