60 teams from all over the world have gathered in mid-western USA to do their last minute preparations. The race starts on Thursday in Jackson Hole.

The 750 km course includes Pack-rafting, mountain-biking, climbing and trekking. Racers face a total of 15 000m climb. The course will take teams over majestic mountain passes as high as 3 000m, through authentic ghost towns, down into dramatic canyons and along alpine rivers. 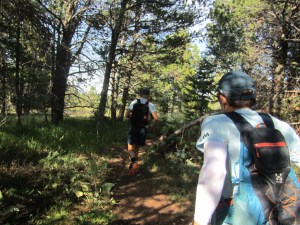 Scenic but hot on Casper Mountain, 800 m above Casper city.

Co-ed teams of four have to stay together and navigate throughout the course using map and compass. The winners are expected to take four days non-stop. Slower teams will have up to 7 days to reach the finish.

Nonstop racing means racers will sleep as little as possible, about 1-2 hours per night. It will be a balancing act between wasting time sleeping and moving faster and smarter through the course. Good navigation, tactics and a fast pace are the trade-off for spending extra time sleeping.

During the last two days, we have been doing some training in the surroundings. Considerable time has also been spent sorting out clothing, shoes, food and batteries for some 100 hours of nonstop racing. During the race we will be self-supported throughout the whole course, taking our gear and food out of the boxes we pack prior to the race start. 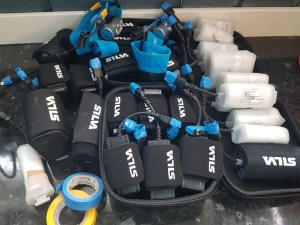 The opening ceremony and parade through Casper city was held today. Tomorrow will be busy with equipment checks and skills tests. Teams will weigh in gear boxes that will be placed along the racecourse by the organisers. Each time a team switches discipline, for example from MTB to running, a box will be placed in a transition This allows athletes to stock up on food and collect the equipment necessary for the coming stage.

Team Haglöfs Silva are aiming for a top finish. The team for the World Championship consists of regulars Aaron, Björn, Josefina and Robert. After a string of second and third place finishes the team are hungry to do better…

All teams will be carrying GPS-trackers and the race can be followed online on http://live.arworldseries.com/arwc17/ 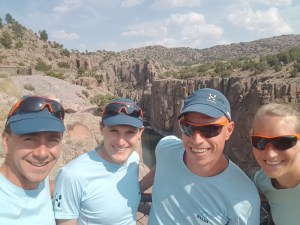