The team arrived safely at TA4 during the night, and slept a couple of hours. They had left Tecnu sleeping at a CP earlier, but woke up right about when Tecnu arrived at the kayaks and could see them leave ahead of them. A good and short paddle when the sun came up, unfortunately the sun didnt shine that much into the gorge and the damp mist was quite cold. They all freezed a lot when they came out of the water after the paddle, but after some food and warm drinks they headed out on the 40 km trek chasing after Tecnu – with 30 minutes up to them. Even though Mattias wasnt totally satisfied with their routechoices , some nasty bushwacking involved, they caught up with Tecnu and stressed them for a while. Tecnu got to TA6 first and went right to sleep. While Haglöfs Silva put together their bikes, had lots of food and drew the maps. Josefinas feet was looking better, and she taped a big blister before she took a small powernap.
The leading team, Seagate, took a longer nap at TA6 and their lead shrunk from 3 hrs to 1,5 hrs when Haglöfs Silva started chasing after them into the night.

Today is Mattias birthday! He had actually not thought about it he said, “I was busy doing something else!”. The Mbotyi River Resort where TA6 is, arranged for him to have a cake and a candle – and all of us swedes sang for him when they arrived at the gate. He was really surprised and superhappy! He shared the cake with some from the backteams, because they really needed the energy and happiness too! 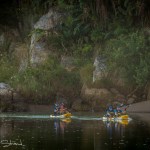 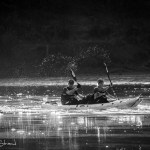 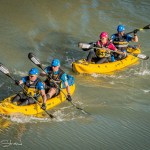 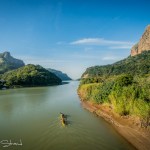 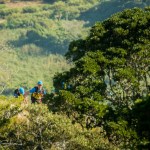 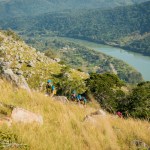 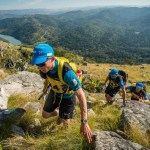 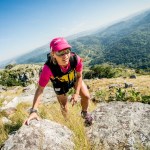 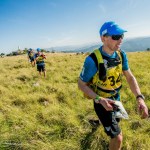 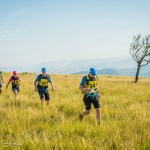 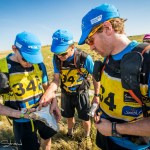 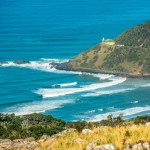 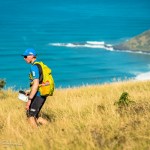 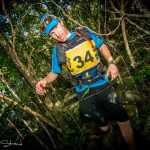 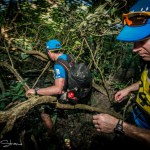 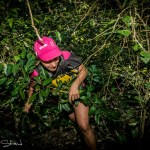 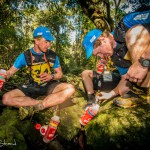 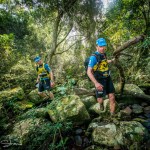 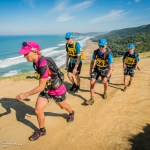 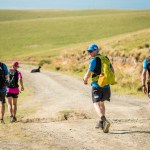 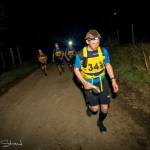 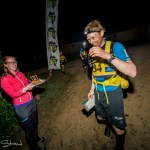 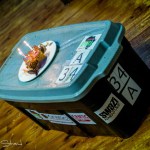 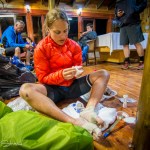 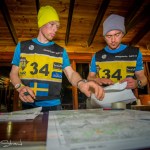 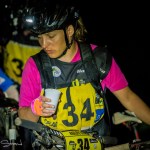 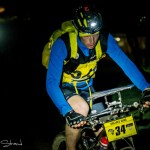 3 Responses to "Neck and neck!"